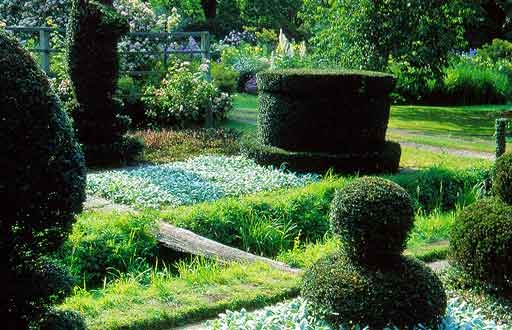 Garden: All year; daily; 11am - 5pm (or dusk in winter).
facebook: http://www.facebook.com/pages/Green-KnoweThe-Manor-Hemingford-Grey
House:Year round but strictly by pre booked appointment only for groups or individuals
Special access instructions for coaches, cars, bicycles, etc: Map will be provided.

No coach parking at house. Map provided for coach drop off and parking.

House Open for Viewing: No

By appointment only. All year.

Throughout the year 10% of garden takings go to NGS.

Onsite Facilities
Parking: No
Shop: No
Teas: No
Dogs Allowed: No
Lavatories: No
Plants for Sale: No
Refreshment: No
On Lead only: No
Disabled Access: No
Lunches: No
Picnics: No
Special Events: No
Other Facilities & Comments:

Parking for the disabled. Lavatories for the disabled only (or in emergency). Partial access for the disabled to the house and gardens (there are a number of narrow paths and gravel areas). Shop open with house and at other times when possible. Guide/Assisting dogs only. Pub & Coffee shop nearby. Arrangements for refreshments can be made locally.

Bordered by a moat on three sides and the River Ouse on the other, the garden is about four acres with a fifth deliberately left wild as a haven for wildlife. It is divided into different sections, including the hidden garden with splendid mature yews.

There are are topiary coronation shapes and chess pieces and large herbaceous borders full of scented plants with plenty of self-sown annuals intermingled. This is in essence an informal garden based on Lucy Boston's philosophy of not contending with the forest and wild flowers which wait to take over. Both adults and children will enjoy the garden because of the books and the many paths to follow.

Hemingford Manor was built circa 1130 and is one of the oldest continuously inhabited houses in England. It was the home of the author Lucy Boston from 1939 until her death in 1990. When she bought the property, the land in front of the house was a field. In late 1939 she planted over 200 trees and shrubs and beside the towpath along the River Ouse which borders the garden, she planted a further 100 sweet briar plants, many of which were washed away in the 1947 flood. In spite of her gramophone recitals to the RAF during the war, she found time to plant 8 yew bushes on either side of the house, which became topiary inspired by Levens Hall. They were made into crowns, orbs and the dove of peace to celebrate the Queen's Coronation. Another 12 bushes were planted in the early 1950's with the intention of making them into chess pieces. These now stand in squares of purple-leaved ajuga and grey-leaved stachys to represent the squares of the chess board.

After the war she concentrated on her first loves - old roses, irises and herbaceous perennials advised by Graham Stuart Thomas who was at the Cambrdge Botanic Garden at the time. In his first book there is a photograph of 'La Reine Victoria' at the Manor. During the winters Lucy Boston wrote her books basing her Green Knowe series, now regarded as classics, on the house and garden.